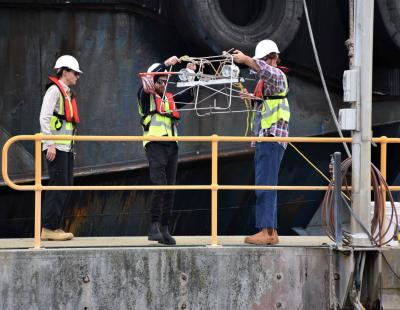 Marine Science students from the University of WA were in Albany this week as part of their Field Techniques studies.

Southern Ports Port of Albany staff were happy to welcome the 60 students to the region, where they participated in collecting field data for various projects, including fish, seagrass and introduced marine species. Southern Ports is particularly assisting the students focusing on fish and introduced marine species by supporting them as they deploy Baited-Remote-Underwater-Video-Systems (BRUV) in Port waters to visually record fish. The students will then analyse the footage to identify, count and measure the fish captured on video.

This work will help determine if restricted access ports offer a refuge for targeted fish species, with results from within the Albany Port being compared to BRUV footage from outside the Port, where recreational fishing is permitted.

Southern Ports has supported this program since 2014, and results to date have indicated a strong presence of targeted fish species in Port waters, including a healthy population of juvenile pink snapper. 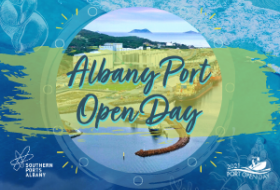 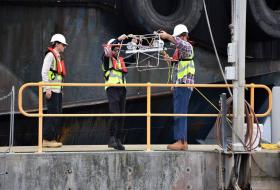 UWA Marine Science Students Welcomed in Albany
Marine Science students from the University of WA were in Albany this week as part of their Field Techniques studies.
Albany