Netball for fun and fitness

Netball for fun and fitness 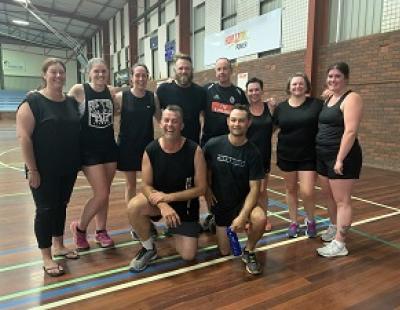 Southern Ports' staff in Esperance have joined together and have translated the concept of teamwork literally into action, by taking to the court in the local B Grade Mixed Netball Competition.

The competition consists of four teams playing a six week season, with the two top teams competing for competition honours and bragging rights in the Grand Final.

The season recently kicked off with a convincing first up win to Southern Ports’ crew nicknamed “The Opposition” with a solid 30 goals to six. All players were extremely happy with their first game efforts, especially as everyone walked off the court unassisted at full time!

Security and Inductions Officer Chris Cassam said the objective of participating was more about having fun than vying for a place in the Olympics.

“Staff have entered this to be active, have a bit of fun and to have a laugh. A win or two doesn’t hurt either! We fully anticipate a serious flogging in the future by the super talented junior teams, but a bit of humour and good natured ribbing from our team mates will ensure we survive that crisis,” said MSIC Administrator Rachel McGrinder. 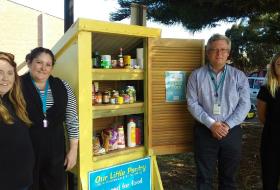 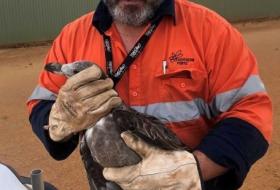 Operation Gull a Success
Early on Tuesday morning Esperance shift superintendent Tony Willoughby was doing an inspection along one of the conveyor belts, when he spotted a Pacific Gull in distress and unable to take off.
Esperance